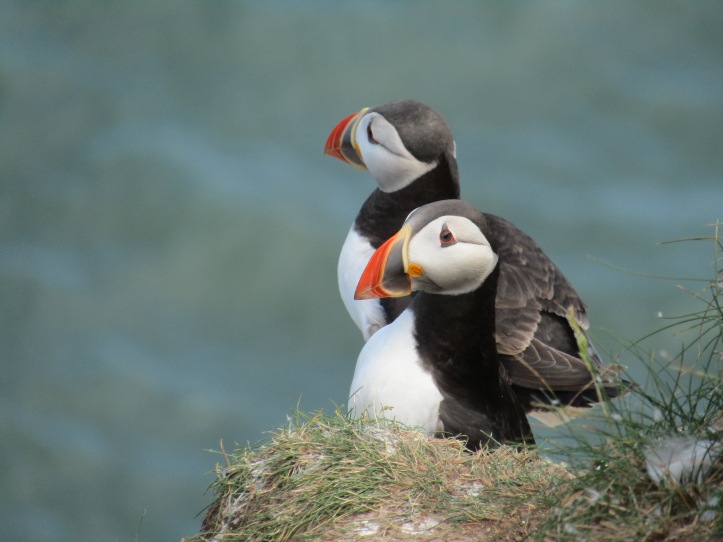 We went to Bempton Cliffs primarily in search of puffins and were fortunate enough to be greeted by a 6ft tall one on the way in. Incidentally it seemed, we had turned up just as the RSPB were celebrating their Bempton Cliff reserve’s 50th birthday with a party. There was cake and puffin muffins and the visitors centre and trails were full of people of all ages. As soon as we got to the first viewing point we were treated to great views of nesting puffin as well as a little puffling that was a few weeks shy of taking that first, crucial jump from the chalk cliffs and off into the sea. The gannets were abundant, their blue eyes are striking and at times they flew very close to us, something we were first alerted to when we could hear their wings breaking against the wind directly over our heads. Apparently, on a really windy day they will get blown right up onto the visitor path! The juveniles can be identified by their dalmatian-like markings that fade into piano keys during their first 4 years. They are a nice, understated bird. There were several helpful volunteers dotted about the site in the famous RSPB blue shirts and they were happily helping visitors identify the razorbills, guillemots (the auk family is well represented here), kittiwakes, shags and herring gulls. A moth trap had been set the night before and the visitors centre had a tank with the traps contents temporarily decanted inside it including elephant hawk moth and privet hawk moth. I was particularly pleased to see a hummingbird hawk moth outside, flying right at the north end of the visitor trail.
The area is historically significant concerning conservation law. The first law enacted in the UK that protected wild birds, the Sea Birds Preservation Act 1869, was brought about partly as a result of the seabird sport shooting that took place along this part of the coast (including Flamborough Head where the Yorkshire Wildlife Trust now manages a nature reserve). Egg collecting at the cliffs (known colloquially as ‘climming’) carried on well into the 20th century but public opinion concerning this practice also changed and it became illegal following the Wild Birds Protection Act 1954. 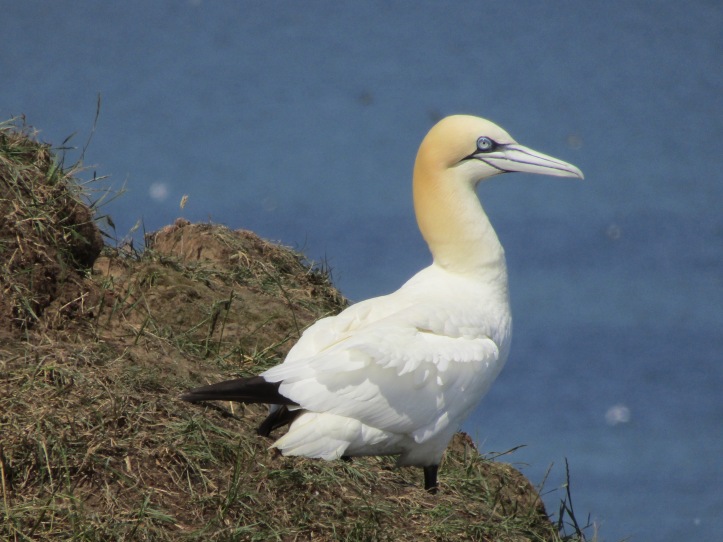 What to wear:
Prepare for wind coming in off the sea

Best suited to:
Fans of seabirds
Folks who love a good gift shop
Boat trips can be booked in advance 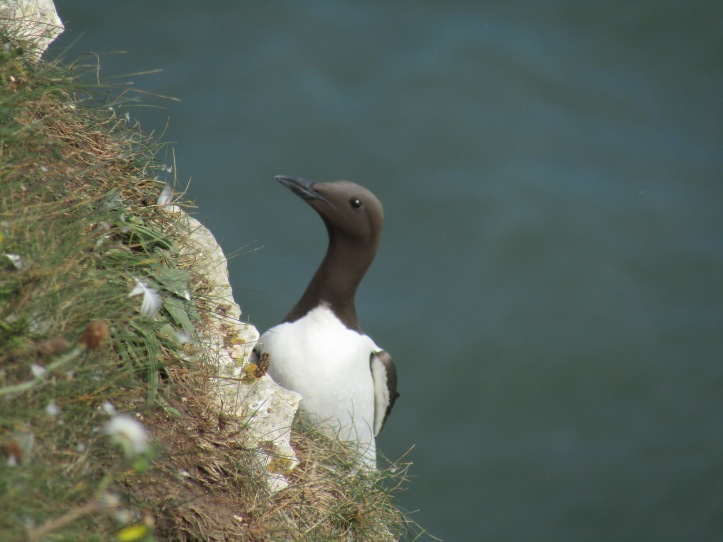